Pathways to Homelessness and Home Again

Previous Next
Pathways to Homelessness and Home Again

Aged persons who are isolated, live alone, and lack economic stability and family or social supports are at great risk for becoming homeless.

As someone who has experienced homelessness at various times in my earlier years, I can`t help wondering how I would cope now.
As with many women, I have worked more in the home than outside the home. Without my fairly good social, familial and health connections I would be more vulnerable.

How many of us lack these crucial foundations that enable us to get help when we need it?
How many of us would be too proud to ask for help?

There are many effective ways to address these risks. I believe that by spreading the word on what programs and organizations are in already working with seniors we will lessen the likelihood that our seniors will become homeless.

Articles on Homeless Seniors in Canada:

Read about Bernardine Thompson, 72, in this Hamilton Spectator story about 4 homeless women and their journeys to stable housing.

Toronto’s seniors are at high risk of ending up homeless, report finds 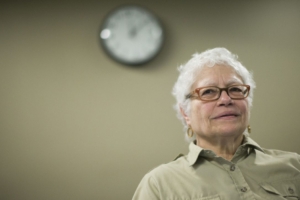 What makes seniors particularly vulnerable is isolation. In Toronto, four out of 10 people who are 85 and older lived alone, according to the report. By 2041, seniors are expected to make up almost 25 of the population in the city, the authors write.

2 B.C. seniors live in a van and struggle to make ends meet 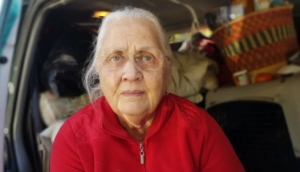 ‘It is very depressing,’ says Alexi Rainier. The 79-year-old lives in a van with her 62-year-old companion and three dogs. (Roshini Nair/CBC )

“Most of them, I don’t think, have a clue [about my situation] … It would be deadly embarrassing.”

The truth is Rainier is 79 and lives in a van, parked just outside in the parking lot. 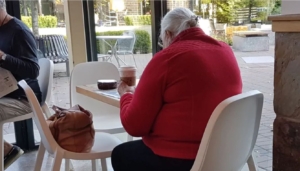 Rainier likes going to the Whole Foods cafe because she used to come here before she was homeless. ‘The people here in Whole Foods, all of them are so lovely,’ she says. (Roshini Nair/CBC) 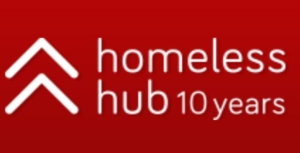 How does homelessness affect senior women?

What are the pathways to homelessness in old age?

“Aged persons who are isolated, live alone, and lack economic stability and family or social supports are at great risk for becoming homeless. Precipitating factors may include death of a spouse or a caregiver who provided support, job loss, familial estrangement, domestic violence, and mental illness. Once housing is lost, lack of general resources, lack of social supports, and declining health make it extremely difficult for low-income elderly men and women to relocate into other adequate housing…Not only do they face all of the problems that homeless people face regardless of age but they also encounter the problems that elderly people face regardless of housing status.”