I have been a student and follower of Dr Bill Thomas’ for many years.

Starting in the early 1990’s Bill and his wife Jude began The Eden Alternative®,  then in 2001, launched the Green House Project.

Now, in 2017, they are launching Minka, a new tiny house model built through modular construction, enabled with technologies to help seniors and others who need support to live independently 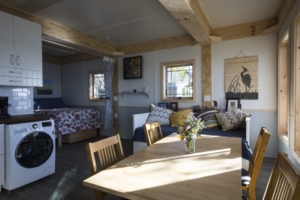 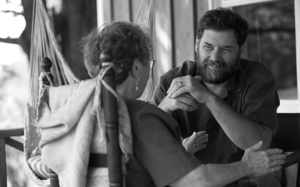 Excerpt from an article on these small homes

Dr. Bill Thomas already has brought innovation to senior living and care, and in the next year he is planning to make magic happen in the industry.

That’s MAGIC, to be more precise. The acronym stands for multi-ability/multi-generational inclusive communities. The first MAGIC development is in the works, to be constructed at the University of Southern Indiana in Evansville, Thomas told Senior Housing News.

One of the most obvious defining features of a Minka is its small size. The smallest Minka footprint could be as small as 325 square feet, with a sleeping area, kitchen and bathroom that is fully accessible under Americans With Disabilities Act guidelines, said Thomas.

At this size, a Minka could be built as an accessory dwelling on the same property as a family’s existing home. That’s the case with the first and only Minka home to be built so far (pictured above). This is a backyard cottage for Thomas’ 21-year-old daughter Haleigh Jane, who needs 24-hour care.