At present, we have a solid core group of 11 people and five committees or circles as we prefer to call them – steering, membership, outreach & communication, legal & finance and operations. The next committees to form will be site selection followed by design and development. We were divided in terms of demographics but have agreed to be what we call grandgenerational meaning predominantly seniors-led and oriented but including younger families, singles and couples. In fact, we want to be as inclusive as possible and are hoping to have a diverse community. Those who join Cohousing Hamilton become involved in the decision-making process at whatever point we’re at and are asked to join one or more committees. We continually collaborate with other cohousing communities across the country to learn more about cohousing and to find out what has worked for other groups.

Five of us enrolled in a 10-week course in the fall of 2020 to learn about sociocracy, a form of governance and decision making based on inclusion, fairness, equality and consent. For more information on Sociocracy, click on this link to view a 20-minute video: https://www.youtube.com/watch?v=b6r3-s2p7eI

We’ve retained the services of a lawyer and are in the process of becoming incorporated and creating bylaws. We’re also in the process of deciding which consultant to hire to take us through to the end. The search for an appropriate site will take place next. 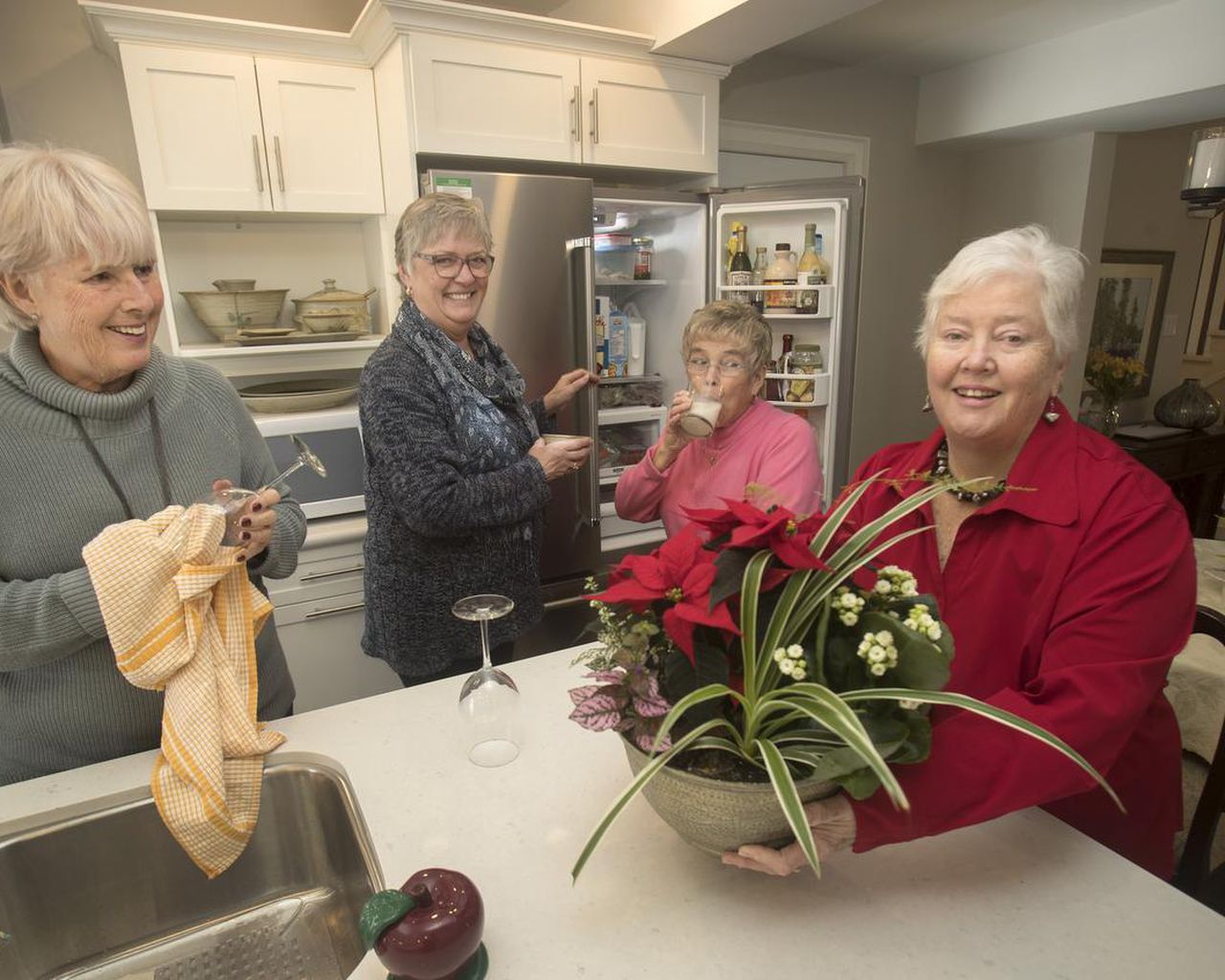 Co-ownership shares similarities with cohousing in terms of the many advantages such as social connection, shared resources and expenses, mutual support, co-care, security and financial advantages but typically consists of a smaller number of people residing in one dwelling. It could resemble the 1980s Golden Girls TV show. In many cases, a house is purchased by the individuals and then renovated to meet their needs, e.g. the four women in Port Perry who were subsequently dubbed the (modern-day) Golden Girls. These four women in their late 60s and early 70s live under one roof in a 3,400 square foot home. Each maintains a spacious private bedroom with ensuite and shares communal dining, living room and kitchen. An alternative to this is for people to share a house but have their own discrete and self-contained unit, possibly with the addition of some common space. Regardless of which model is adopted, the house and living arrangements are tailored to meet the needs of the group.

I recently started working with a small group of people in Hamilton whose goal is to purchase a house together. This will be in the form of separate units, preferably with some common space as well such as a lounge area. It seems there is considerable interest in the concept of co-ownership and people recognize the many benefits but it’s difficult to make it a reality. With the help of Lesli Gaynor, a real estate agent in Toronto who specializes in co-ownership (GoCo Solutions), I will facilitate ongoing meetings with the group as they discuss needs, wants, desires, expectations, values and financial readiness before they purchase a property. While communication, cooperation and compromise are key, other elements that make this form of housing work are outlined in a legal co-ownership agreement. Co-ownership agreements define a wide range of terms that govern the relationship between co-owners including the financing, mortgages, insurance, co-owner responsibilities and liabilities, rules and boundaries and dispute resolution mechanisms. Not just for seniors, this type of housing can work for any age group, including intergenerational.

If you’re interested in finding out more about Cohousing Hamilton or co-ownership, please contact Judy Shepalo at jshepalo@gmail.com or 905-517-6494.