Join us for Advent Celtic Spirituality at 4:30 pm on Thursday, November 25 and December 2, 9 and 16. Contact Loretta at [email protected] for the Zoom link. 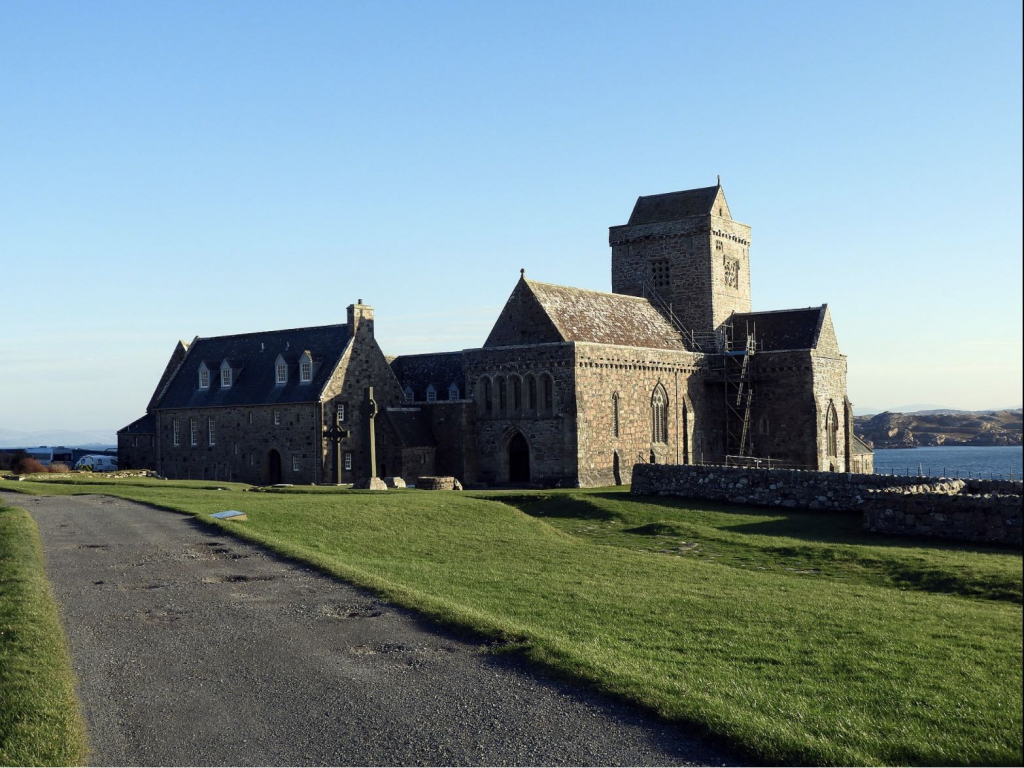 Celtic Christianity appeared in Britain in the 5th century and thrived until the 11th century. The most famous of Celtic communities was that of Iona, Scotland said to be the birthplace of Celtic Christianity in Scotland.  It is said that in the 6th century, St. Columba established an abbey on Iona, an island off the west coast of Scotland. A huge Celtic cross from the 9th century stands in front of the abbey today. It is here that the Book of Kells was probably written. Celtic Christianity spread to Europe and some believe that Francis of Assisi was influenced by the Celtic monks that built a chapel near Assisi.

So what is Celtic Spirituality? 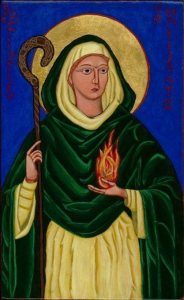 You could say that spirituality is a way we approach life – what we think, what we do and how we do it. Even though we are all unique when it comes to spirituality, we tend to embrace a worldview that gives us direction when it comes to our relationships, everyday roles and responsibilities. Life is full of ups and downs that will influence our worldview. As Bernard of Clairvaux said ‘Everyone has to drink from his/her own well.” If your water becomes poisoned or stagnant, that is going to impact how you view the world and how aware you are of your sacredness and the divine within you. Everything is interwoven in our lives, they can’t be separated.

John Philip Newell describes Celtic spirituality as “an intense sense of the presence of God, a spirituality that permeates every part of life and a love for creation as a reflection of the character of God.” Ancient Celtic Christians believed that the divine permeated their entire being and that every part of their lives reflected the love of God to the world. We are followers of Jesus. They believed that God is in everything. There is no divide between the sacred and the secular.

Celtic scholar Esther De Waal puts it well; ‘The Celtic approach to God opens up a world in which nothing is too common to be exalted and nothing is so exalted that it cannot be made common.’ They believed that the presence of God infused daily life and thus transforms it, so that at any moment, any object, any job of work, can become a place for an encounter with God. In everyday happenings and ordinary ways, so that we have prayers for getting up, lighting the fire, getting dressed, milking the cow etc.” Celtic Spirituality means a connection with ourselves, nature and the divine, each moment of our lives. There is so much to learn about Celtic spirituality from the reverence of nature, the divine within, rituals and practices, a love of learning, hospitality and sharing God’s love with all.

Revival in our Times

Celtic Christianity and Spirituality have been experiencing a revival for much of the 20th century into our time. This has included the restoration of the abbey at Iona when a community was established there in 1938 by George MacLeod. From 1989-1992, Canadian John Philip Newell was the Warden of Iona Abbey and it is now to the first chapter of his book, Sacred Earth Sacred Soul, that we turn. Newell believes that the “hidden tradition of Celtic spirituality can help us renew our faith, heal the earth, overcome our conflicts and reconnect with ourselves.”

Newell maintains that we are not unlike the Celtic Christians. Like them, we are inherently spiritual creatures who intuitively see the sacred in nature and within one another. We are no different. But what is different is that our culture and often even our faith traditions, have led us to forget this inherent wisdom. There is something deep inside of us that knows that the earth is sacred as are all life forms. We know this deep inside, yet we seem to be asleep to it. We’ve fallen out of alignment with this deep truth which has resulted in the dishonouring of the earth. What Celtic Spirituality teaches isn’t something new. It’s been part of our Western Christian heritage all along. But here and there the strand or thread of wisdom got lost, almost disappeared. That which was once woven brightly into our Christian faith seemed to have gotten lost over the centuries. But now, it emerges again to serve, as Newell writes, “a consciousness of the sacred at the heart of all life.” (p2)

Celtic Spirituality doesn’t belong only to Celts in Ireland or Scotland.

One of the fundamentals of Celtic Spirituality is that everything is sacred which contrasts with Western Christianity’s doctrine of Original Sin. Augustine, a 4th-century church leader, struggled with why people are bad or do evil things such as violence or war and concluded that all humans must be born sinful, have a built-in urge to do bad things and resist God. He believed that we can’t be cured of original sin, therefore all humans are condemned to punishment. In order to avoid God’s wrath and eternal condemnation, we must believe that Jesus died on the cross to redeem our sins and this is done through profession and baptism. Augustine believed that original sin was transmitted from parent to child through conception and he disapproved of sexual intercourse for this reason. You can see how this doctrine damaged the Western Church over the centuries.

So, instead of seeing evil everywhere and in everything as Augustine did, Celtic Christianity embraced the sacred in everything. Newell writes that sacred best describes the “Celtic way of seeing, because it is a word that is not bound by religion.” We often speak of sacred moments or sacred things outside of the domain of the church or religion. Being overwhelmed by the beauty of a sunrise or sunset or amazed by the planets or stars in the night sky. When something is sacred we know it and honour it. The sacred encompasses everything, is in every moment and every encounter. And what is so incredible, is that our soul already knows this. Our soul is deeply aware of the sacredness of the earth and one another.

Celtic Wisdom needed Now – We and the earth are in crisis. 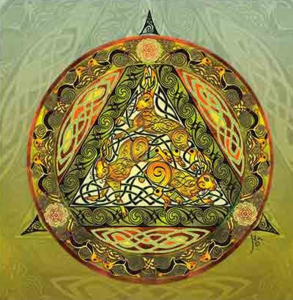 Individually and collectively we are struggling with environmental disaster, religious fundamentalism, hatred and violence. We don’t destroy because we are inherently evil but because we have forgotten that the earth, nature and all beings including humans are sacred. We have fallen asleep. This Celtic wisdom is reflected in the prologue to the Gospel of John where it is written, “The true light, which enlightens everyone, was coming into the world.” (1:9). Celtic wisdom “invites us to look for this light in one another and in everything that has being.” You will find that this view resonates with so many other wisdom traditions around the world. We cannot undo the damage that Augustine’s doctrine of original sin has done to the Western Church and countless peoples and cultures over the centuries. We cannot reverse the damage of injustice, pain and suffering, but we can be part of new beginnings. We can listen to other cultures and spiritual traditions to help us reawaken to the sacred in all things.

Reawakening to the Sacred by Learning from the Past

Reawakening to the sacred does not mean returning to the past but learning from the past. Newell’s book introduces us to nine people from the earliest Celtic Christian communities to modern saints. Over the four webinars beginning November 25 we’ll learn about the Celtic mystics Pelagius, Brigid of Kildare, John Scotus Eriugena, John Muir, Pierre Teilhard de Chardin and Kenneth White. I hope you can join me on these dates, but if you have to miss, these will be posted on Youtube.

About the Author: Loretta Jaunzarins

Loretta Jaunzarins has been pastor at Grace Lutheran Church, Hamilton since 2005. Over the years she has developed a keen interest in alternative housing and the role faith communities can play in being active participants in meeting the needs of congregational members and the local community. Her vision is to see faith communities as neighbourhood hubs providing space for a variety of community groups and other congregations. Her passion is to encourage faith communities to go beyond; being welcoming to being learning centres where people gather to learn about physical and spiritual health especially in the aging process.